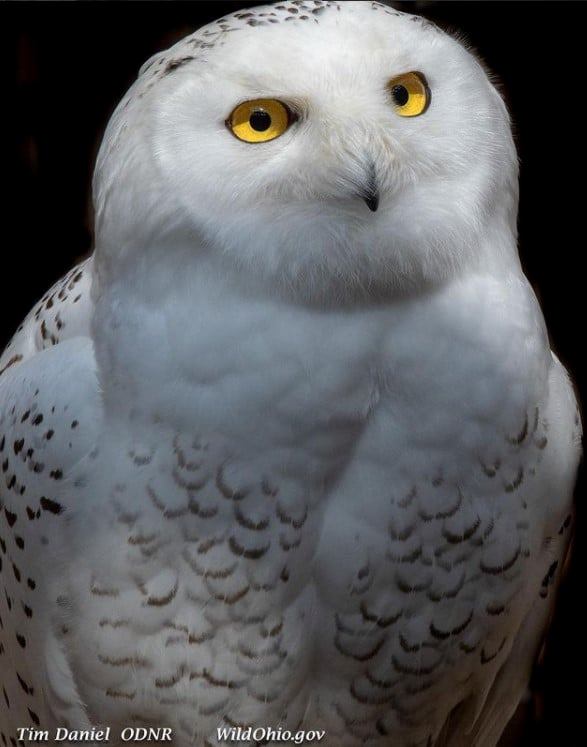 Hedwig is always a favorite in the Harry Potter series. And one of our favorite Wildlife Wednesdays especially this time of year is a raptor who we sometimes see in the buckeye state during winter – the snowy owl.
Few birds generate as much excitement as these massive, Arctic-nesting owls. Not too many make it down to Ohio, which is nearly 2,000 miles south of the nearest nesting areas, and numbers vary from year to year. The immediate vicinity of Lake Erie is where most snowy owls are found.
Snowy owls are unusual among owls in that they are largely diurnal, or feed during daylight hours. They are primarily perch and pounce hunters; in other words, an owl will sit on a perch that offers a good view of the surrounding terrain, and fly out after potential prey.
This is the heaviest North American owl; females can weigh as much as 6 ½ pounds.
For more info on this owl and other owls, download our Owls of Ohio Field Guide from the Ohio Division of Wildlife here – https://ohiodnr.gov/…/Owls%20of%20Ohio%20Field%20Guide…. #WildOhio Ohio Department of Education