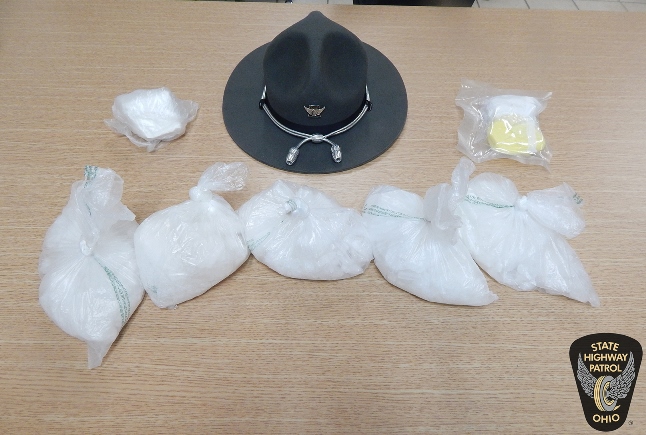 COLUMBUS – Ohio State Highway Patrol troopers filed felony drug charges against a Michigan man after a traffic stop in Ottawa County. During the traffic stop, troopers seized 5 pounds of methamphetamine, 130 grams of cocaine and 214 grams of suspected fentanyl worth approximately $43,500.

On January 2, at 10:18 p.m., troopers stopped a rented 2020 Chevrolet Impala with Florida registration for a speed violation on state Route 2. While interacting with the occupants, troopers detected an odor of burnt marijuana coming from the vehicle. A probable cause search revealed a burnt marijuana joint in the center console. An additional search revealed the contraband.

The passenger, Markum Boyd, 34, Detroit, was incarcerated in the Ottawa County Jail and charged with possession and trafficking in methamphetamine and cocaine, all first-degree felonies.