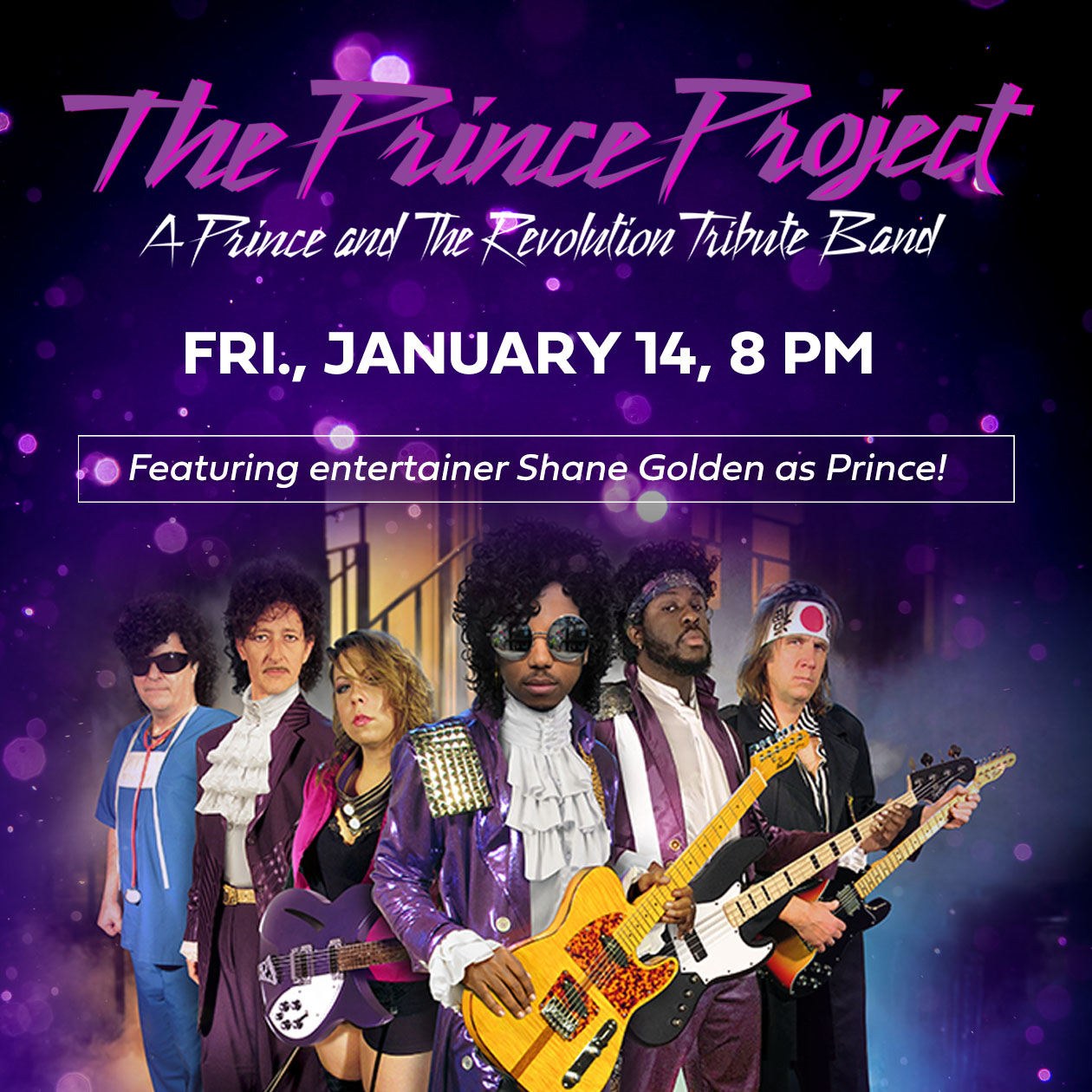 Get ready for the event of a lifetime with the most authentic Prince and The Revolution tribute concert experience! Let us transport you back to the ’80s to the renown Minneapolis First Avenue Club. You’ll feel like you’re in the audience at Prince’s acclaimed “Purple Rain” concert!

The Prince Project is led by the electric performance of singer and performer Shane Golden. Also a songwriter, actor, and speaker, Golden has performed all across the U.S. in local, regional, and national productions and shows. He is a former contestant on the hit TV show American Idol, where he was a top 40 performer. After being discovered by a national talent scout, Shane competed in the Arts International Showcase in Orlando, in which he won individual best overall adult actor, TV commercial actor, Creative Runway Model, and Improve categories. Golden is also acting in movies across the U.S. His two most recent films are Netflix’ “Ma Raimey’s Black Bottom” produced by Denzel Washington and starring Viola Davis, and “Sweet Girl” starring Jason Mamoa.

Backed up by a group of amazingly talented and accomplished musicians playing the roles of Wendy, Dr. Fink, Bobby Z, and Dez Dickerson, your audience will dance and sing along with the band to all of Prince’s most memorable early 80’s music – authentic to the original Revolution in every way. Together with a dazzling light show, costume changes, give-aways and audience interaction, this two-and-a-half-hour jammed-packed show is like no other tribute band on the market. You’ll be dazzled by the authentic “purple” experience!

Special photo opportunity:
Get your photo taken with Prince’s motorcycle, which will be on display in the third-floor Promenade.

Tickets: $30 General Admission
Main floor is open for dancing with limited seating; balcony seats are open. Guests may “roam” during event.
Ticket does not guarantee ticket purchaser a seat.

Disclaimer from the Estate of Prince Rogers Nelson