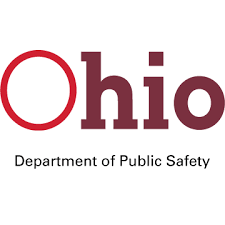 In total, more than 170 grants were awarded to 132 local agencies in 66 counties and to 10 agencies for statewide programming. The grants are administered by the Ohio Traffic Safety Office which is a division of the Ohio Department of Public Safety.

“The programs supported by these grants do such important work to encourage safety on our roadways,” said Governor DeWine. “By offering this grant funding each year, the Ohio Traffic Safety Office can help ensure that the message surrounding the dangers of distracted and impaired driving continues to be reinforced.”

“By offering this funding directly to our local traffic safety partners, they have the flexibility to use the funds in a way that best meets the individual needs of their communities,” said Felice Moretti, OTSO director “This funding will enhance their existing work, so it’s more impactful and saves more lives.”

For a complete list of agencies receiving grants and the amounts, please visit https://ohiohighwaysafetyoffice.ohio.gov/links/otso_federal-grant-awards.pdf

Governor DeWine is a strong supporter of traffic safety programs.. Since taking office in 2019, Governor DeWine has launched several driver safety initiatives, including the creation of the Intersection Safety Program to improve the safety of 150 rural, urban, and suburban intersections across the state; the development of the “Ohio – Ready, Test, Drive!” program to help enhance the skills of new drivers; and the creation of several distracted driving corridors to reduce distracted driving in Ohio. He also created the Ohio Traffic Safety Council within the Ohio Department of Public Safety, increased traffic enforcement in highway work zones by the Ohio State Highway Patrol Aviation Unit, and awarded grant funding to several local courts to provide young drivers with more access to advanced driver training.