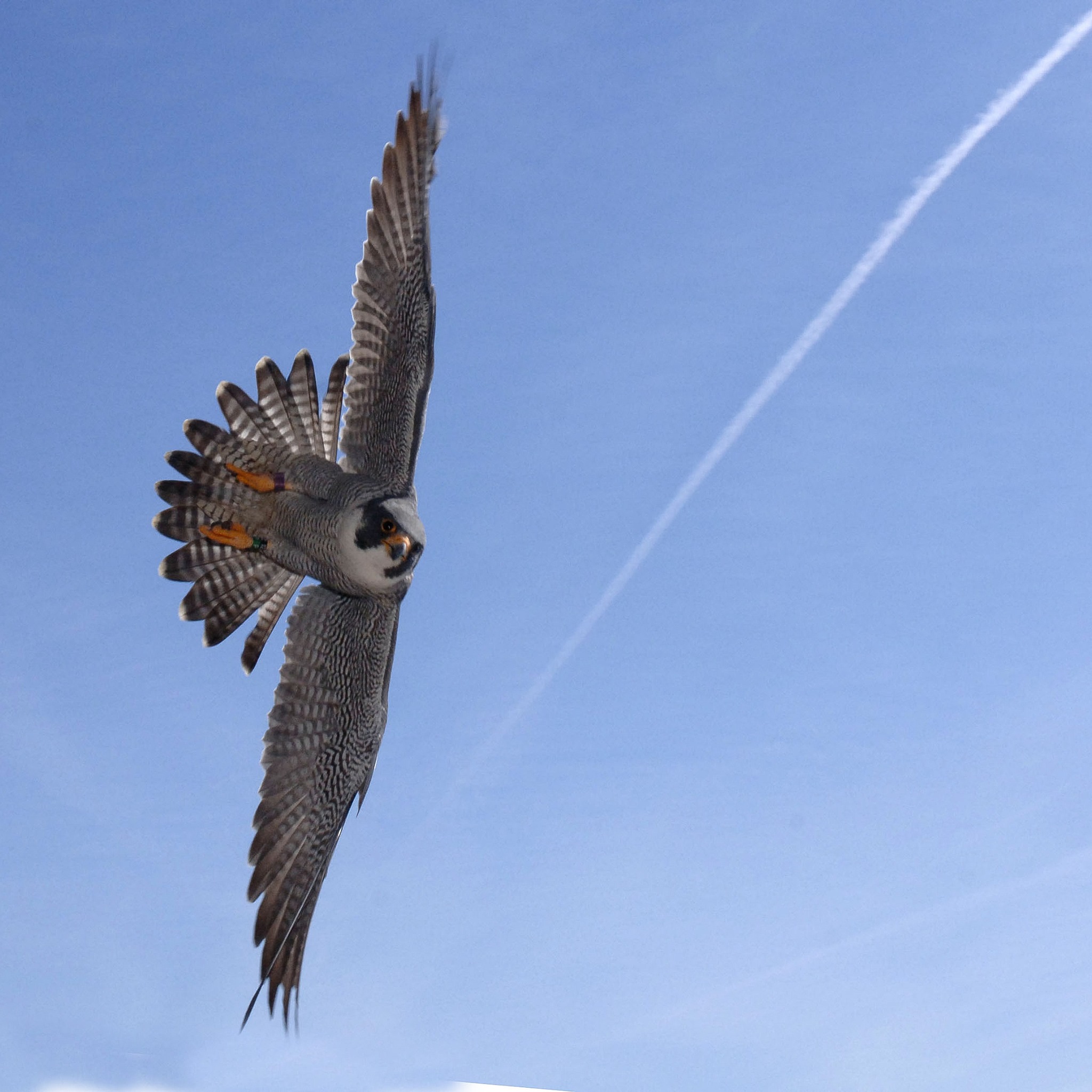 The recovery of the peregrine falcon (Falco peregrinus) following the species’ near-total extinction from much of the United States is another success story for endangered species.
The peregrine falcon was removed from the federal endangered species list in 1999, and in 2015 the species was delisted in Ohio. Through hacking programs, peregrines have adapted to nesting on a variety of human-made structures such as skyscrapers, bridges, and other tall structures.
In 2016, because of the delisting of the species, the Division changed monitoring protocols for the species:
1) the Division no longer bands chicks at nesting sites, and
2) the Division monitors only a subset of nests every other year.
In 2020, the Division monitored a total of 12 peregrine nests, 11 of which successfully fledged young. Overall productivity rates were high, with a 79% hatching success rate, and 81% fledgling success rate (based on number of eggs laid per nest). An average of 3.0 young successfully fledged from each nest that was monitored.
Learn more: http://ow.ly/w2b950FRGpT #wildohio