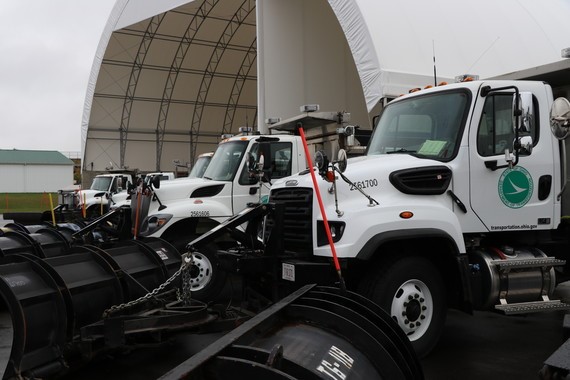 COLUMBUS – It’s getting colder outside, and it won’t be long before we see snowflakes in the air. The Ohio Department of Transportation (ODOT) has started its annual inspection of nearly 300 plow trucks across central Ohio to ensure they’re ready for the winter season.

ODOT crews at the Hilliard outpost spent the morning going through a 150-point inspection list, making certain that every truck is running and ready to go. These pre-season check-ups also allow crews to address any issues before the equipment is actually needed.

“Highway maintenance during a snow and ice event is something we take very seriously,” said Interim Deputy Director Thom Slack. “Being the capital of the state and the center for government and commerce, we know that safe and easy movement on the roads is of the utmost importance. Today is about making sure we are equipped to do so.”

Last winter, ODOT crews drove almost 800,000 miles of roadway in the central Ohio area, used 57,000 tons of salt, and spent about $10 million on snow and ice operations. Eight snow plows were struck, underscoring the importance for drivers to give plow trucks plenty of room to work.

During a snow and ice event, crews will often work a 12 or even a 16 hour shift. ODOT’s goal is to have primary routes back up to speed within two hours of the end of a snow event. Crews hit that goal 98 percent of the time last winter.