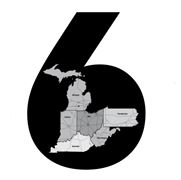 COLUMBUS – The Ohio State Highway Patrol will be joining forces with members of the 6-State Trooper Project to enforce speed, safety belts, and OVI on Interstate 75.

Last year during the same 6-State initiative, the Patrol cited 748 drivers for speed-related violations and 81 for safety belt infractions. The Patrol also charged 24 with OVI.

The 6-State Trooper Project is a multi-state law enforcement partnership aimed at providing combined and coordinated law enforcement and security services in the areas of highway safety, criminal patrol, and information sharing.