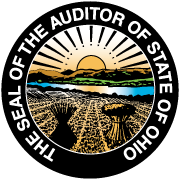 Columbus – The Ohio Department of Medicaid failed to recoup more than $118.5 million in erroneous duplicate payments or improperly paid for the managed care of prison inmates and deceased residents over a three-year period, according to a formal review of spending released Thursday by Auditor of State Keith Faber.

The total included close to $101 million in Medicaid payments for people incarcerated in Ohio Department of Rehabilitation and Correction facilities and not eligible for managed care services, nearly $3.4 million in payments for Ohioans who had died and were no longer in need of medical care, and an estimated $14.5 million in duplicate payments for residents with multiple identification numbers in ODM’s systems.

“While $118.5 million might be a drop in the bucket for the Department of Medicaid, for Ohioans that is a lot of money – taxpayer money – that needs to be accounted for,” said Auditor Faber. “That’s enough money to cover 1.8 million doctor’s office visits, 2.4 million prenatal appointments for expecting moms, 1.6 million mammograms, 1.3 million pairs of prescription glasses, 148,000 sets of dentures, 1.3 million drug addiction counseling sessions or 1.3 million hours of in-home nursing care – the kinds of services eligible residents need and Medicaid provides.”

The state of Ohio provides Medicaid health coverage through ODM for about 2.9 million lower income residents, older adults, individuals with disabilities, pregnant women, infants and children and others. The agency’s annual spending, more than $28 billion, accounts for more than one-third of the state’s overall operating budget.

The Auditor of State’s Office regularly reviews spending by ODM and other agencies to ensure their financials are in order and public funds are properly managed.

The report released by Auditor Faber Thursday focused on capitation payments, made by ODM to managed care organizations, or MCOs, to provide medical services to eligible residents. The agency disburses fixed monthly payments to contracted MCOs, based on the number of recipients enrolled, and the MCOs are responsible for paying providers for services.

The state review was launched following 2019 reports by the U.S. Department of Health and Human Services’ Office of the Inspector General that Ohio’s Medicaid program had made tens of millions of dollars in improper duplicate payments or disbursements for residents who had died.

State auditors reviewed every Medicaid capitation payment made over three fiscal years, from July 1 2017, though June 30, 2020, and found comparable improper disbursements that were not recouped, including:

Auditors also identified about $84 million in other potentially erroneous capitation payments that would require additional confirmation and potential recoupment.

In its response to the Auditor of State’s report, ODM acknowledged “serious defects” with Ohio Benefits, the eligibility system it inherited from the previous administration. The agency said it has worked since January 2019 to make needed improvements and address many of the issues state auditors raised.

“While ODM is working to address many of the issues auditors identified in this report, there is much more to be done across state agencies to help ensure that each department works together to close loopholes in Ohio’s systems that cost taxpayers millions of dollars each year,” Auditor Faber said.

A full copy of the report, along with ODM’s response, is available here.