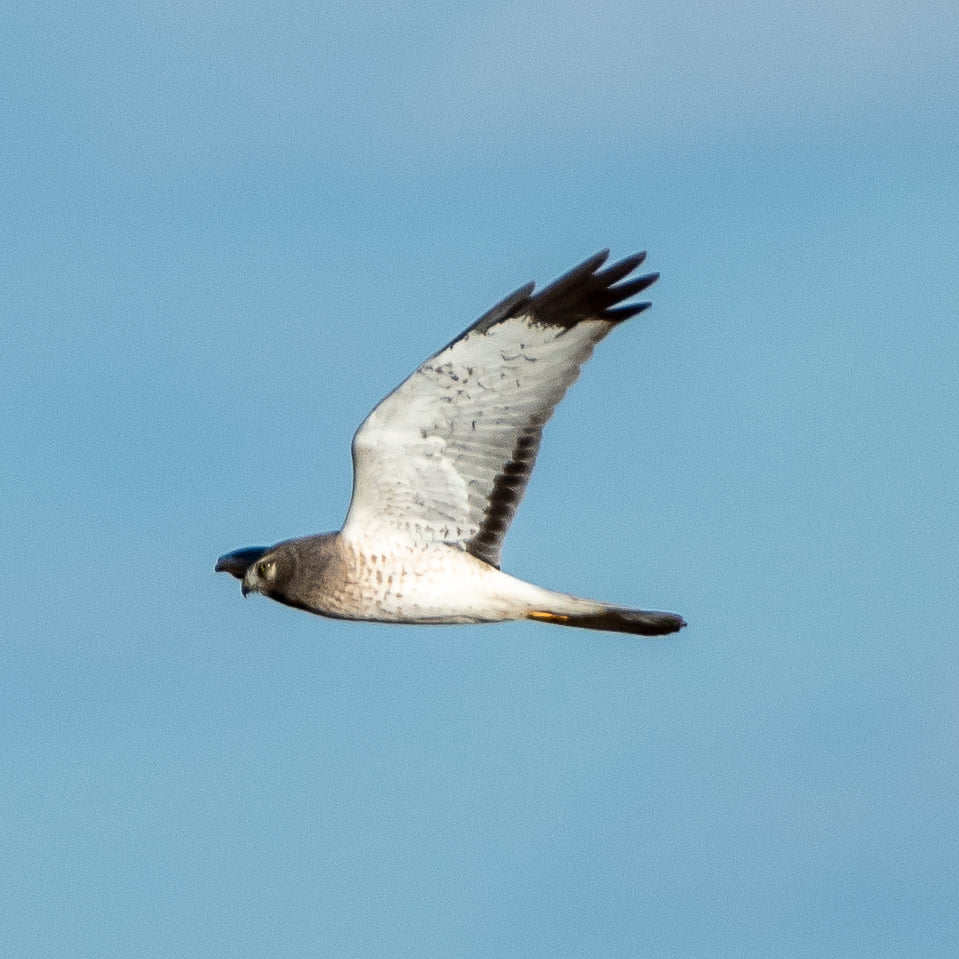 It’s time for another Wildlife Wednesday from your Ohio Division of Wildlife as we spotlight the northern harrier.
This slender, long-tailed species is the only North American member of a group of hawks known as harriers. A northern harrier is relatively easy to identify in the field because of its low-cruising hunting technique, large size, and wings that form a shallow V-shape similar to the turkey vulture. Interestingly, it has a curved ruff of feathers around its face, similar to an owl. This focuses sound toward its ears, allowing it to use a strong sense of hearing while hunting.
The adult male harrier is pale gray in color, while the female and immature birds are mostly brown. Both sexes display a white rump patch. This state endangered species is a rare breeder in Ohio, sometimes nesting in large grasslands. Either the male or the female chooses the nest site, which is on the ground and usually in a dense clump of vegetation such as willows, grasses, sedges, reeds, bulrushes, or cattails.
Certain individuals winter as far south as the Bahamas and Cuba, while others stay in Ohio and can be frequently seen cruising over large grasslands in search of prey. The species was formerly called a marsh hawk.
For more info on raptors, download the Raptors of Ohio Field Guide here – https://ohiodnr.gov/…/Pub%205386%20Raptors%20of%20Ohio… #WildOhio Ohio Department of Education