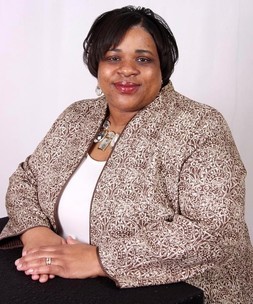 Allen has been called both a superhero and “the epitome of a servant leader” for her extraordinary efforts to bring together her Youngstown neighbors and local law enforcement.

Sadly, the president of Youngstown Crime Stoppers passed away before the Ohio Attorney General’s Law Enforcement Conference, where she was to receive the Civilian  Leadership Award in October. AG Yost presented the award to her family today.

“Ms. Allen’s years of work building bridges and trust in the community is what leadership is all about,” Yost said. “Her heart, her faith and her indomitable will set a shining example for all of us.”

A married mother of three and a mother-in-spirit to dozens of others, Allen led one of the most active Block Watches in Youngstown as well as Crime Stoppers of Greater Youngstown and the South Avenue Area Neighborhood Development Initiative (SAANDI).

City leaders and law enforcement officers will remember her not only for welcoming them into her home and offering to share home-cooked meals but also for spending countless unpaid hours organizing mass events that united the community. She planned neighborhood holiday celebrations, parades and dinners; block parties that drew more than 1,000 people; and donation drives and other help for needy families.

No fewer than nine police officers and a county judge nominated Allen for the Civilian Leadership Award, with multiple submissions mentioning her work locating missing children, lost or wandering elders, and wanted fugitives; gathering information about crimes; and helping to calm crowds that gather at the scene of violent crimes.

Allen, a customer-support supervisor at State Alarms Systems for 24 years, was a respected community leader sought out by most everyone when they need any kind of help.