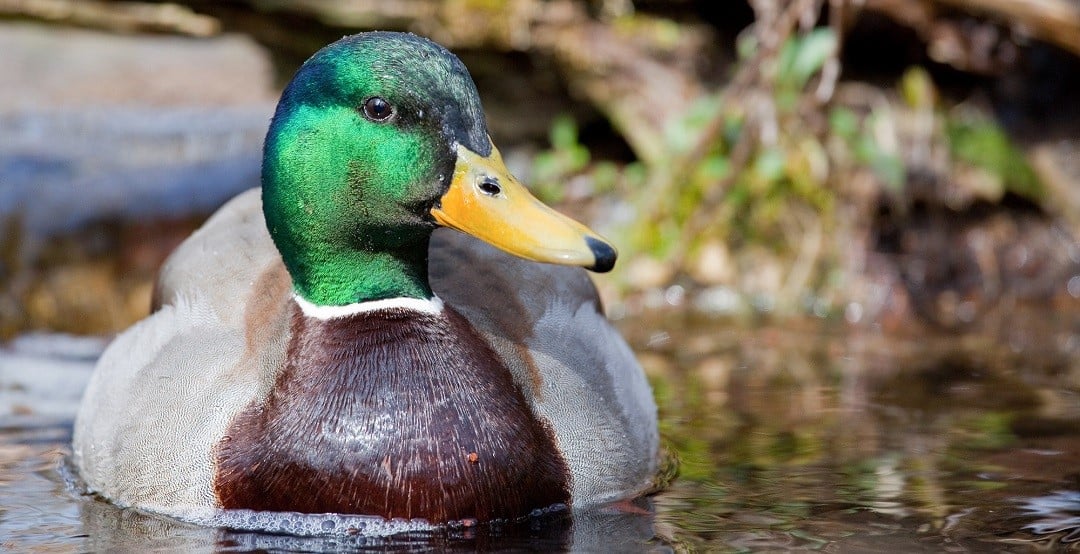 We all know the Buckeyes will take care of those pesky Ducks this weekend so for this week’s Wildlife Wednesday let’s spotlight the Mallard.
Often referred to as the “greenhead,” the mallard (Anas platyrhynchos) has the most extensive breeding range of any duck in North America. Most domestic ducks such as the white ducks found on farms and at many public parks derive their origin from the mallard.
The mallard is a large duck with a stocky body. It is readily identified by its highly iridescent speculum, or wing patch, that is bordered with black and white stripes. It has a whitish tail extending from a glossy black rump; its tail feathers curl up at the tip of the tail. The body is a mixture of chestnut brown and gray feathers. Its bill is yellow and feet are orange. In flight, there is a flash of white in its underwings. As with most ducks, the female of this species has a drab appearance compared to the male. The female mallard is a uniform light brown, but has the distinctive speculum identical to the male.
For more on this species from our Ohio Division of Wildlife, head to https://ohiodnr.gov/…/discover…/animals/birds/mallard. Ohio Department of Education #WildOhio