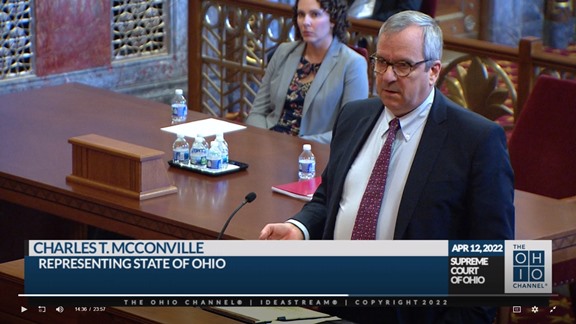 Tuesday, Knox County Prosecutor Chip McConville argued a post-conviction relief appeal in front of the Ohio Supreme Court. The case involved whether the Fifth District Court of Appeals made an error in assessing an affidavit by Frank Lewis, who had been convicted of a drug offense and was asserting ineffective assistance of counsel.
McConville argued that regardless of whether the Court of Appeals made an error, there was insufficient evidence presented by Lewis to get a hearing to overturn his conviction.
McConville was joined by Assistant Prosecutor Nicole Derr, who worked on the brief. Lewis was represented by the Office of the Ohio Public Defender. The Court will announce its decision in writing in the coming months.