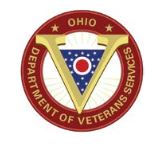 The Ohio Department of Veterans Services (ODVS) is working in cooperation with local authorities, who have criminally charged an employee of the Ohio Veterans Home (OVH) in Sandusky.

On Friday, March 25, the Ohio Veterans Home Police Department received a call from an employee of the Ohio Department of Job and Family Services (ODJFS), reporting an allegation that an employee of OVH-Sandusky had taken and electronically shared explicit photographs of OVH residents. She did not have the name of a person who had seen the images, but reported that the allegation was against David Valentine, a nurse’s aide.

On Tuesday, March 29, officers of the OVH Police Department, accompanied by investigators from the Ohio Highway Patrol, interviewed Mr. Valentine, who initially denied the allegations and allowed the officers to look at his phone. They did not see images connected to the allegations. However, as a result of the allegation, Mr. Valentine was removed from resident care and placed in an assignment without resident contact while the investigation continued.

Also on Tuesday, Officer Aaron Bramel of the Ohio Veterans Home Police Department continued the investigation and identified a possible witness. That person agreed to assist Officer Bramel and confirmed that he had seen the images.

During the interview, Mr. Valentine admitted that he had taken explicit pictures of three residents, and identified them by name. As the interview continued, he admitted that he had sexually assaulted one of the residents on two occasions. All of the acts took place in November and December of 2021, according to Mr. Valentine. He was arrested, and is currently in custody, pending arraignment on felony charges.

OVH has notified family members of the residents who were victimized by Mr. Valentine and also is taking steps to ensure those victimized have access to counseling and other supports.