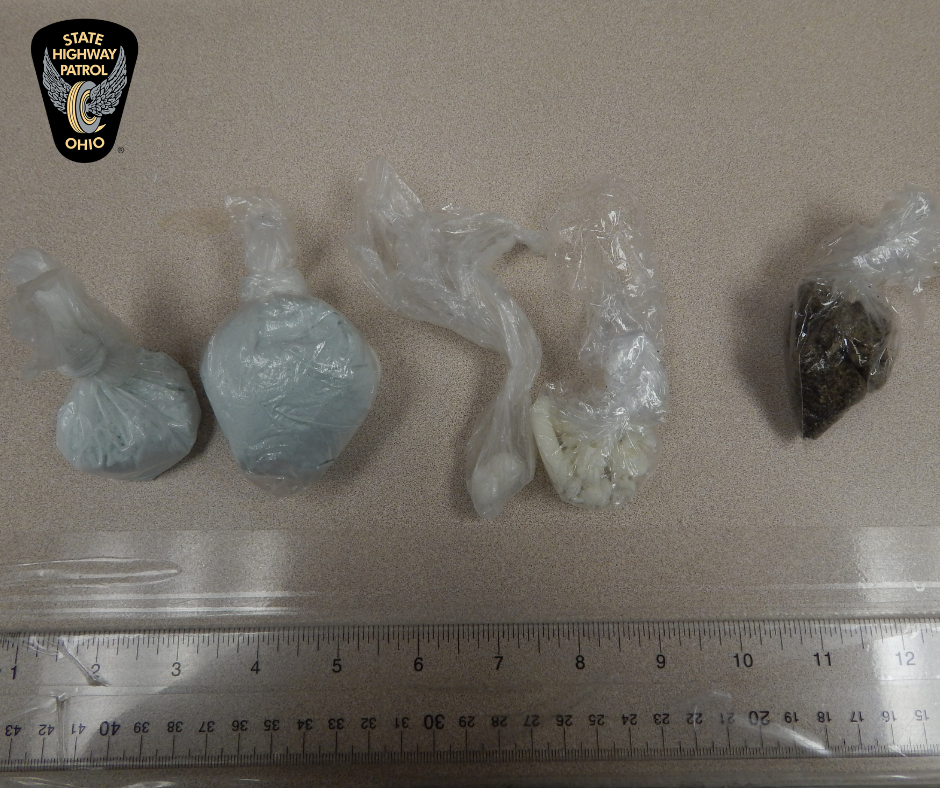 On March 10, at 8:38 a.m., troopers stopped a 2008 Chrysler Town and Country taxi with Ohio registration for a marked lanes violation on U.S. 23. During interaction with the passenger, troopers observed a baggy of suspected heroin hanging from his pocket. A search of his person revealed approximately 53 grams of heroin, 10 grams of crack cocaine and 5 grams of marijuana.