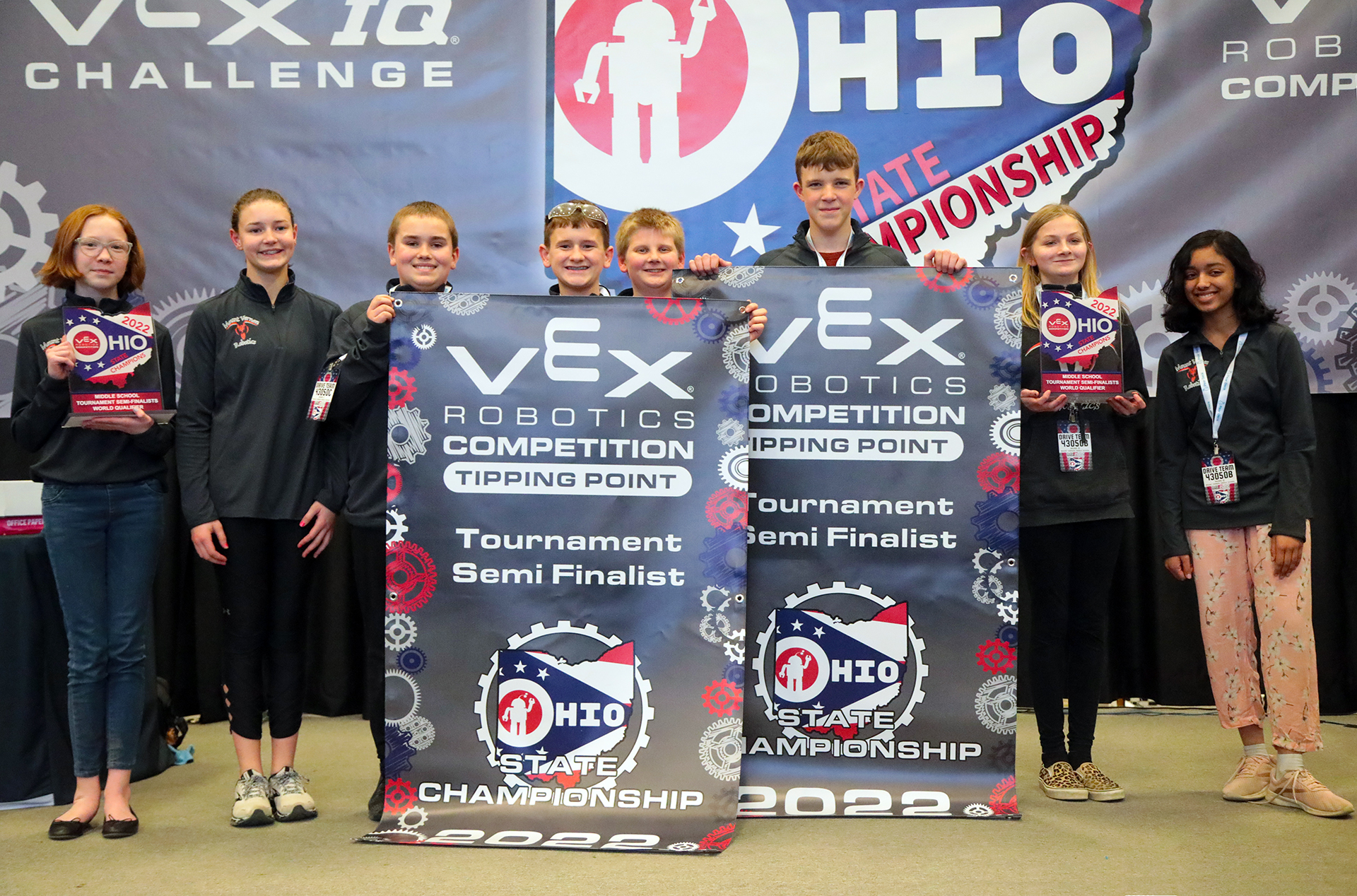 The Mount Vernon Robotics Team is in its 3rd year of the Vex Robotics Competition program, with two new teams added to the High School this year. In 3 short years, the students have grown tremendously in their understanding of the engineering process, skills in strategy, and ability to articulate the reason behind their choices. Every year the gameplay changes, so students have to design, build, code, test and continually improve a robot capable of playing all of the game elements while meeting all rules or criteria. The Vex Robotics game is Tipping Point played on a 12 foot by 12 foot Field this season. The game’s object is to attain a higher score than the opposing Alliance by Scoring Rings, moving Mobile Goals to Alliance Home Zones, and Elevating on Platforms at the end of a Match. Alliances consist of two robots on the Red Alliance versus two robots on the Blue Alliance. 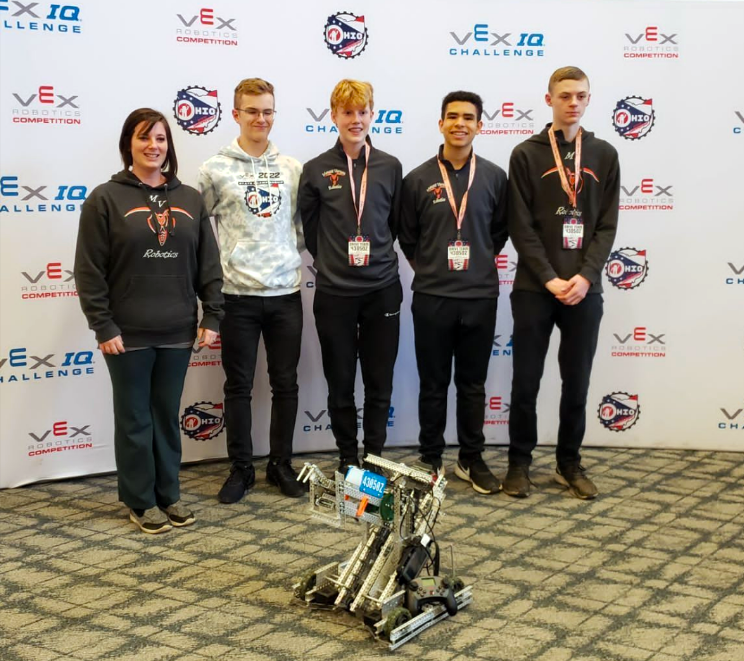