Three wrestlers will compete in the State Wrestling Tournament on March 11 – 13 at the Schottenstein Center.  Brock Blankenhorn 106, Colton Spurgeon 126, and Nate Stradley 285 advance out of the rugged Darby District.  Dylan Hartman 113, placing fifth, is the State Alternate at that weight class.  The team placed 8th overall. 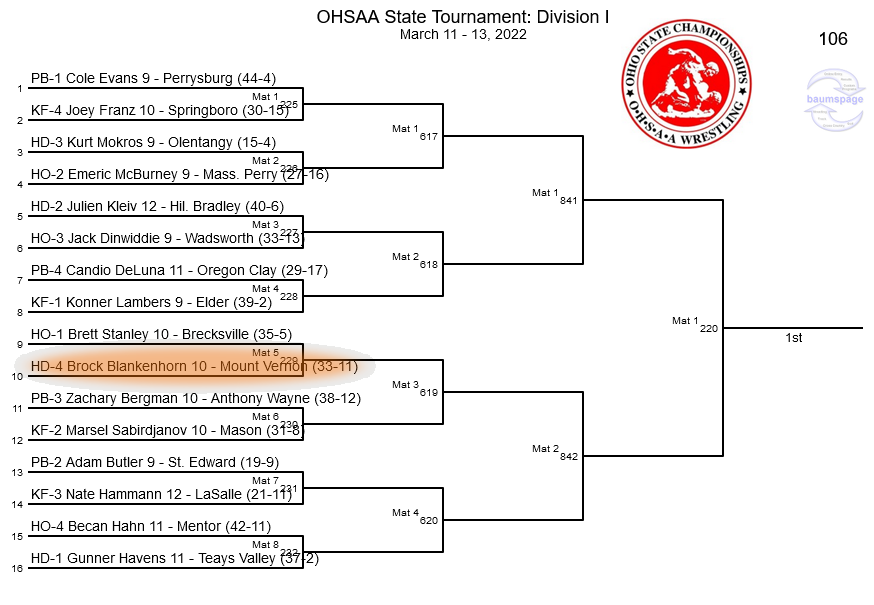 Blankenhorn started things off for the Jackets by Pinning Couper Corbett of Central Crossing in 1:37.  He followed up with a tough match against Gunner Havens from Teays Valley, dropping a 6 – 4 decision.  In the consolation bracket, Brock defeated Samson St. Germain from Marion Harding by fall in 2:13 and defeated J.J. Dolt of Thomas Worthington by 7-4 decision.  In the match to go to the state, Blankenhorn pinned Neal Krysty, Olentangy Liberty in 3:52.  Brock finished the day with a difficult overtime loss to Kurt Mokros, Olentangy 7-5.
Blankenhorn will face Brett Stanley from Brecksville in his opening match. 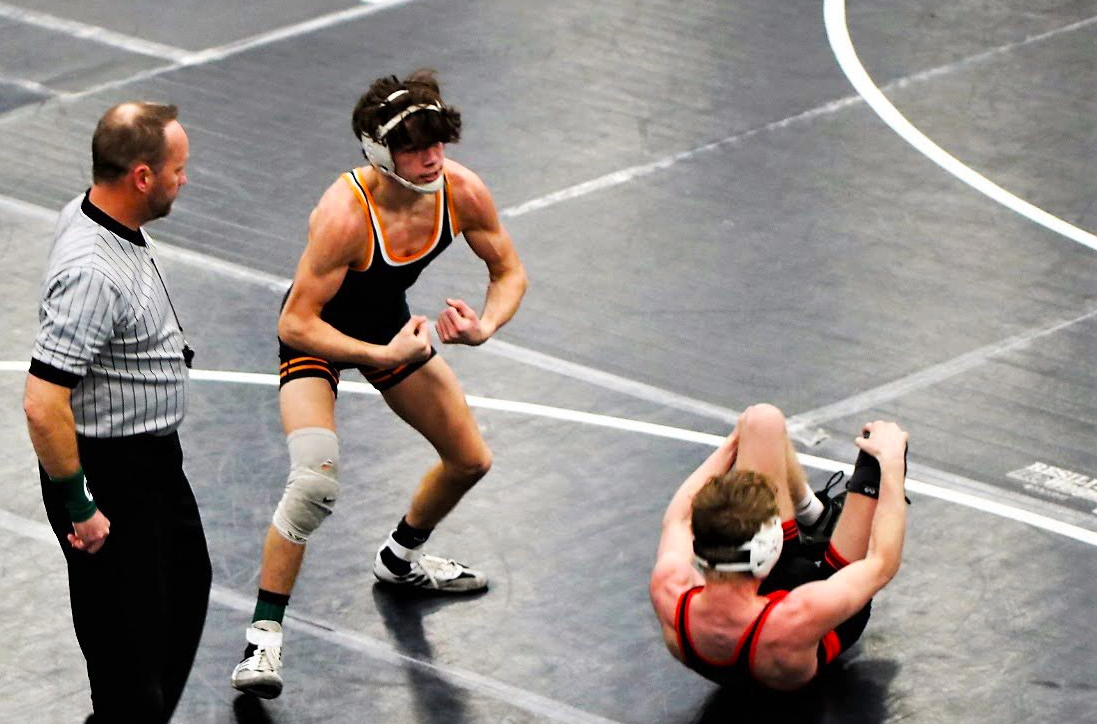 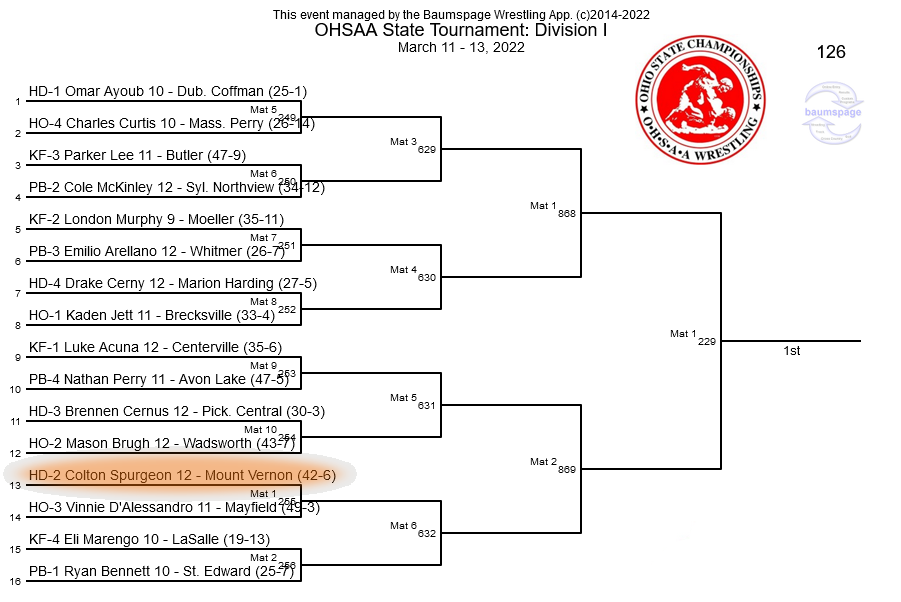 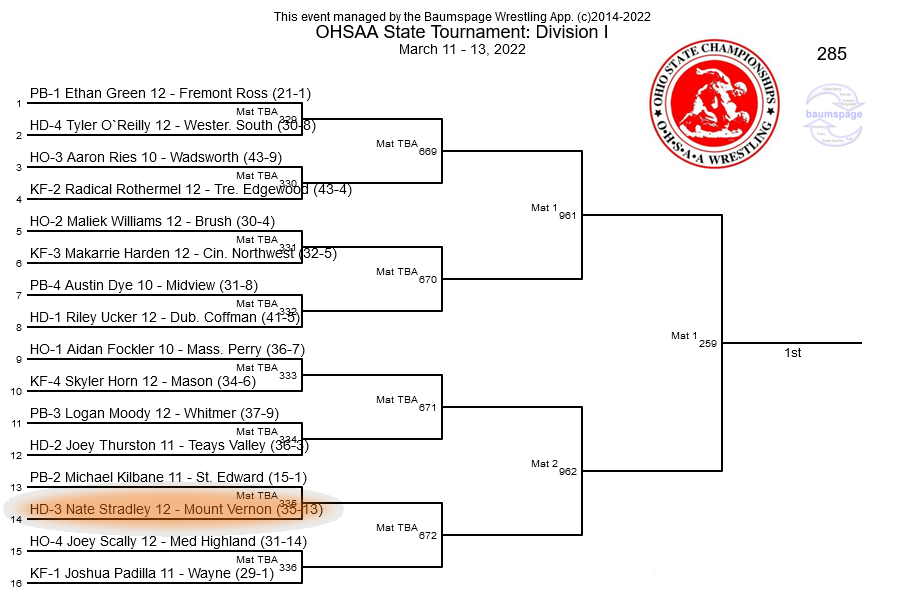 In the 285-pound weight class, senior Nate Stradley defeated Micah Krenek, Olentangy by 7 – 3 decision and then won a close 3 – 1 overtime victory over Trevor Banks, Chillicothe.  Going got much more demanding in the third round as Stradley was pinned by Joey Thurston, Teays Valley in 1:14.  In the match to go, Stradley won by fall over Luke Fleet, Olentangy in 3:48.  Nate won his final match of the tournament with a 3 – 2 overtime win against Tyler O’Reilly, Westerville South, placing third in the district.  Stradley drew Michael Kilbane from Lakewood St. Edward on Friday evening.