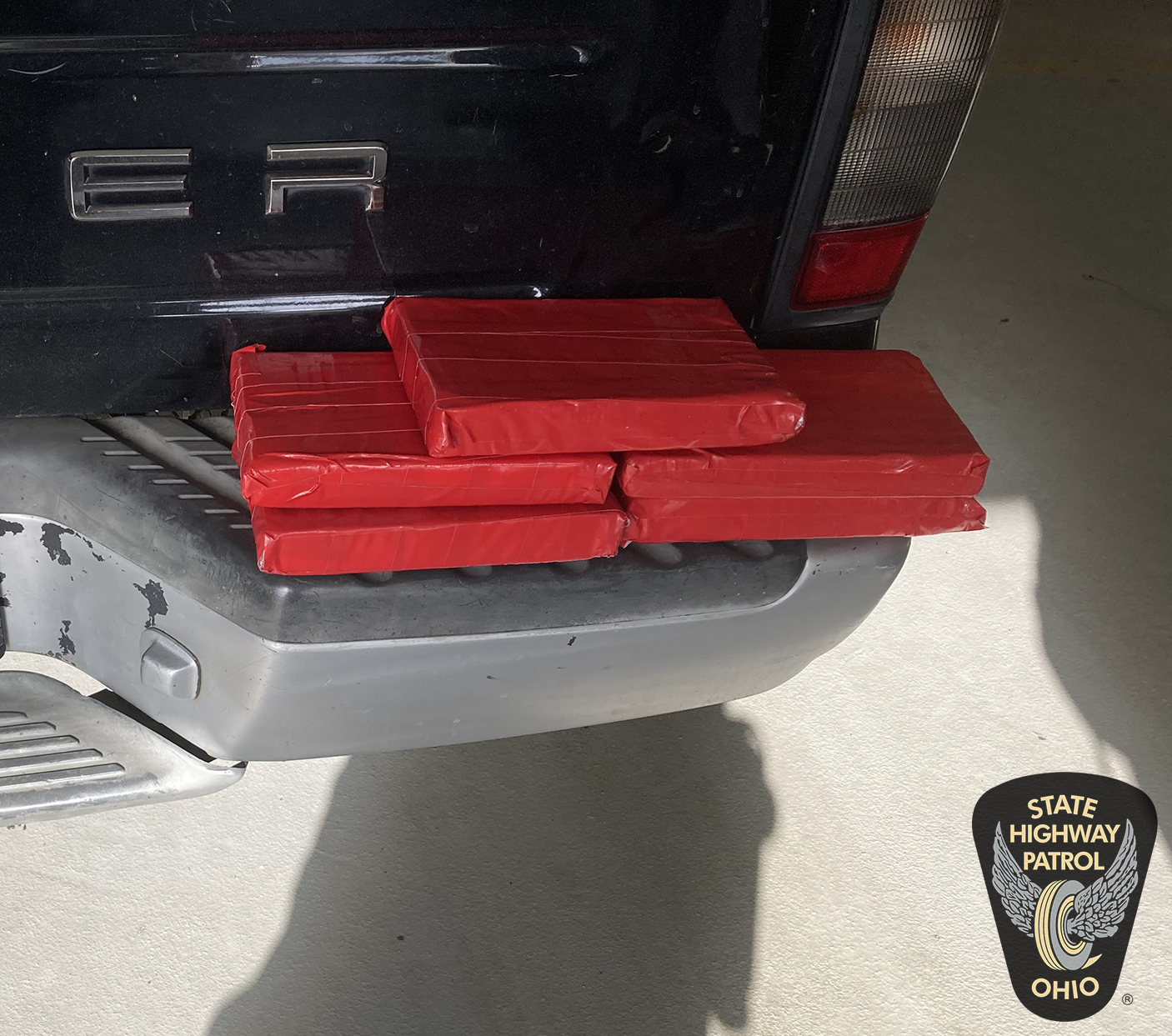 On January 21, at 11:22 a.m., troopers stopped a 2003 Nissan Frontier with Illinois registration for a marked lanes violation on Interstate 70. Criminal indicators were observed and a Patrol drug-sniffing canine alerted to the vehicle. A probable cause search of the vehicle revealed an aftermarket hidden compartment in the back wall. The compartment contained 11 pounds of cocaine.

The suspect, Juan Carlos Leon Rivera, 33, Chicago, was incarcerated in the Tri-County Jail and charged with possession of drugs, a first-degree felony and hidden compartment, a fourth-degree felony.