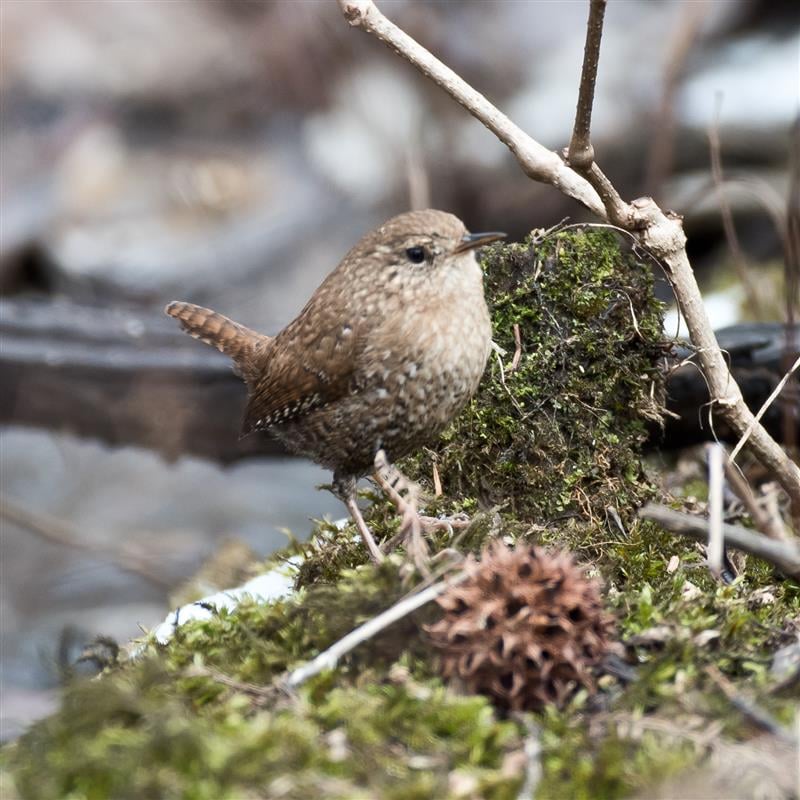 With the beginning of winter, we wanted to highlight a little bird for Ohio Division of Wildlife‘s Wildlife Wednesday whose name is perfect this time of year – the winter wren.
The mouse-like winter wren lurks around downed logs and root masses in mature forests, while largely remaining out of sight. Often, it is only this wren’s sharp two-noted “jip-jip” call that gives it away.
On nesting territories, males deliver what may be the most complex song of any North American songbird, a lengthy, continuous series of melodious notes and ornate trills, sounding far bigger than the elfin bird that produces it.
The species’ leafy dome-like nest, approximately 5.5 inches in diameter, is interwoven with grass and moss is typically placed among tree roots or in hollows or trunks. Clutches of 5-8 eggs hatch in about 2 weeks, with young fledging approximately 20 days after hatching.
In Ohio, winter wrens are uncommon. While statewide occurrence has substantially increased, no accurate estimate of the Ohio breeding population is available. Targeted surveys in eastern hemlock gorges for winter wrens and other hemlock-associated bird species are needed to develop a solid understanding of their distribution and abundance.
Breeding winter wrens in Ohio occupy steep-sided, cool sandstone gorges dominated by eastern hemlock. Such habitat is rare and largely confined to the Chagrin River drainage, Mohican-Memorial State Forest and the Hocking Hills. Conservation of eastern hemlock gorges should remain a priority because of their rarity and the suite of specialist flora and fauna that occurs in such sites.
For more info on birds in Ohio, head to https://ohiodnr.gov/…/about-ODNR/wildlife/species-guide. #WildOhio Ohio Department of Education