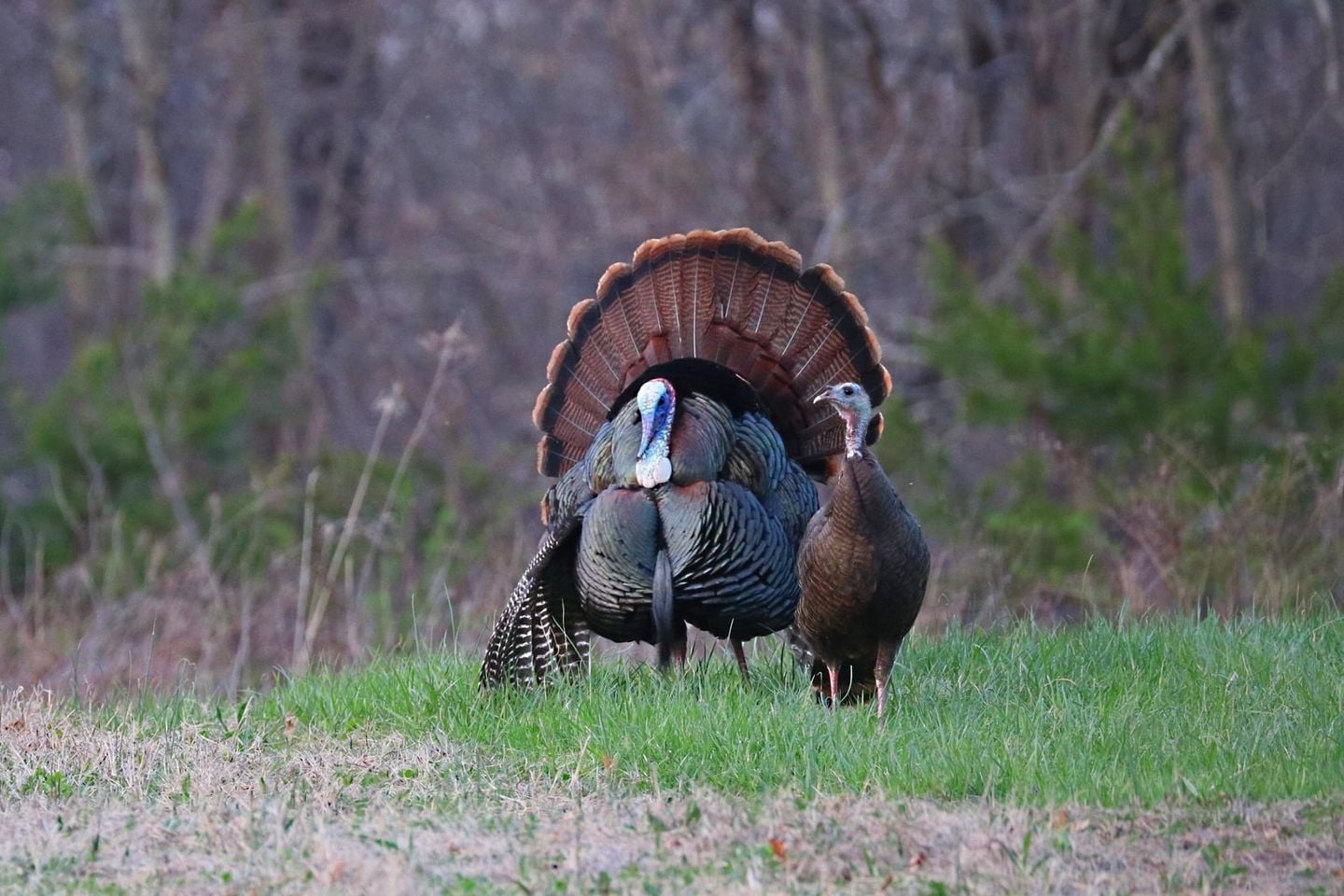 It’s gobble gobble time for today’s Wildlife Wednesday from your Ohio Division of Wildlife as we spotlight the wild turkey.
This bird has returned to the Ohio landscape after many years of absence. This bird once inhabited forested areas of the entire state, providing food and sport for Native Americans and early Ohio settlers. As settlement continued and forest lands were converted to cropland, the wild turkey’s population dwindled to the point that no birds remained in the state by 1904.
The wild turkey is Ohio’s largest upland game bird, standing three to four feet tall and weighing up to 24 pounds. It has a slim build, long neck, and nearly featherless head. The body feathers appear drab brown at a distance, but are actually iridescent when the bird appears in good light; this iridescence gives the bird its true coloration–bronze with hints of red, green, copper, and gold. The large tail is brown with a black band at the tip.
You can also actually see turkeys on some of Governor Mike DeWine‘s H2Ohio project sites such as Maumee Bay State Park.
To learn more about this bird in the buckeye state, head to – https://ohiodnr.gov/…/discove…/animals/birds/wild-turkey. Ohio Department of Education #WildOhio