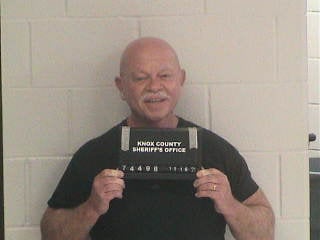 November 18, 2021 – Today, local business owner Dennis L. Bates, 56, was found guilty of retaliation against a Mount Vernon attorney who had filed an eviction action against Bates and his Pro Fitness USA gym. After about two hours of deliberation, the jury returned a guilty verdict based on Bates’ threats against the attorney, according to Knox County Prosecutor Chip McConville.
Retaliation against an attorney is a third degree felony punishable by up to 36 months in prison. Judge Richard Wetzel ordered Bates to be held without bond pending sentencing, which will be scheduled in the next few weeks. The state’s case was presented by Prosecutor McConville, and investigated by Det. Matt Haver and Ptl. Patience Weiser.