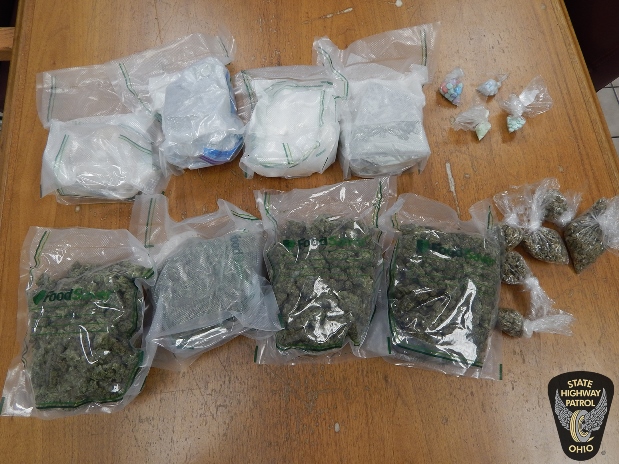 On October 31, at 5:41 p.m., troopers stopped a 2015 Toyota Corolla with Michigan registration for a marked lanes violation on state Route 823. While interacting with the occupants, they gave conflicting stories regarding their trip. A Patrol drug-sniffing canine alerted to the vehicle and a probable cause search of the vehicle revealed 20 grams of marijuana in a purse, a container with a false bottom containing 50 oxycodone pills and 20 ecstasy pills, and a bag located in the truck containing the additional contraband.

The driver, Sierra A. McLean, 20, and passenger, Makayla A. Freeman, 20, both of Dearborn Heights, Mich., and passenger, Cameron H. Wilborn, 20, of Ypsilanti, Mich., were incarcerated in the Scioto County Jail and charged with possession of heroin and fentanyl and trafficking in drugs, all first-degree felonies.