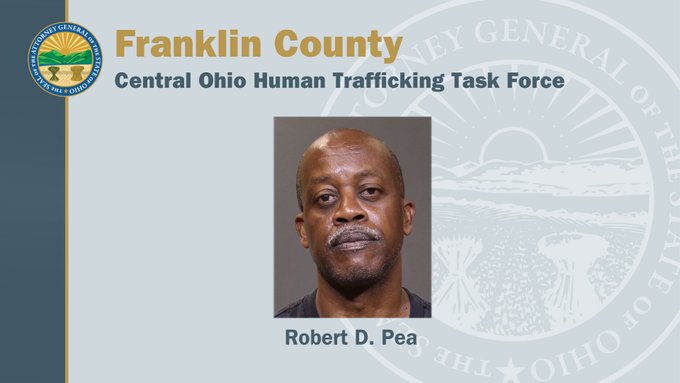 Robert Pea, 60, of Columbus, was arrested this morning and is charged with one count of compelling prostitution, a felony of the third-degree. Pea contacted a minor victim through an online advertisement and engaged in sexual activity for hire.

The case is part of an ongoing human trafficking investigation.