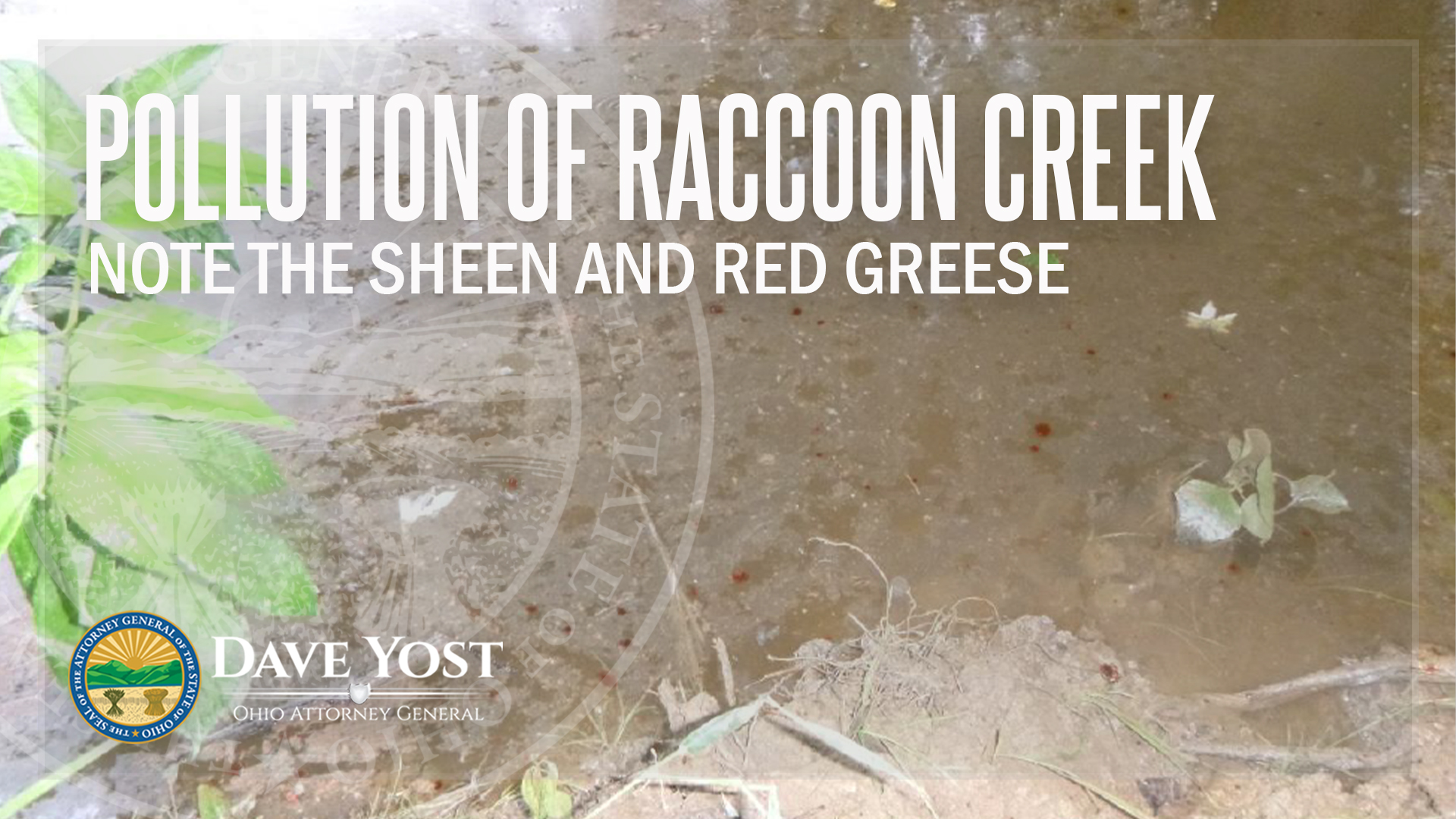 “Dumping enough waste to turn the water red with bacteria is a blatant disregard for your neighbors and the environment,”  Yost said. “This has to stop – and, with the court action, we are trying to stop it now.”

The restraining ordered filed by Yost seeks to prevent A2Z Sanitation from dumping any more of the waste it collects on the company’s property at 27384 Ohio 328 in New Plymouth.

Ohio has spent nearly $20 million on vital resources to clean up Raccoon Creek, which was previously severely damaged by acid mines. Zuspan’s actions could potentially undo years of conservation of the watershed.

AG Yost filed a civil complaint as well which includes:

Yost’s action follows an Ohio EPA investigation of a complaint about sewage in the water at Raccoon Creek. Investigators found the creek covered in red bacteria, with some spots as far as 8 miles downstream.

A2Z is a sanitation company and has a permit to dispose of waste, however, they dumped more than twice the allowable sewage and restaurant grease it had collected from June 2020 to June 2021. A2Z also dumped waste in wooded, overgrown areas not approved by the Ohio EPA.

A2Z was given authorization by the Ohio EPA in 2019 through a Land Application Permit that allows it to spread screened liquids upon 50 acres of maintained land.

Ohio EPA tried to work with the owner of A2Z, Todd Zuspan, but last week state EPA officials learned that Zuspan was not cleaning up the site as promised and that the contamination was continuing.

Yost filed the restraining order because Zuspan’s actions directly threaten public health and safety. Photos of the area can be found at AG Yost’s Twitter page.