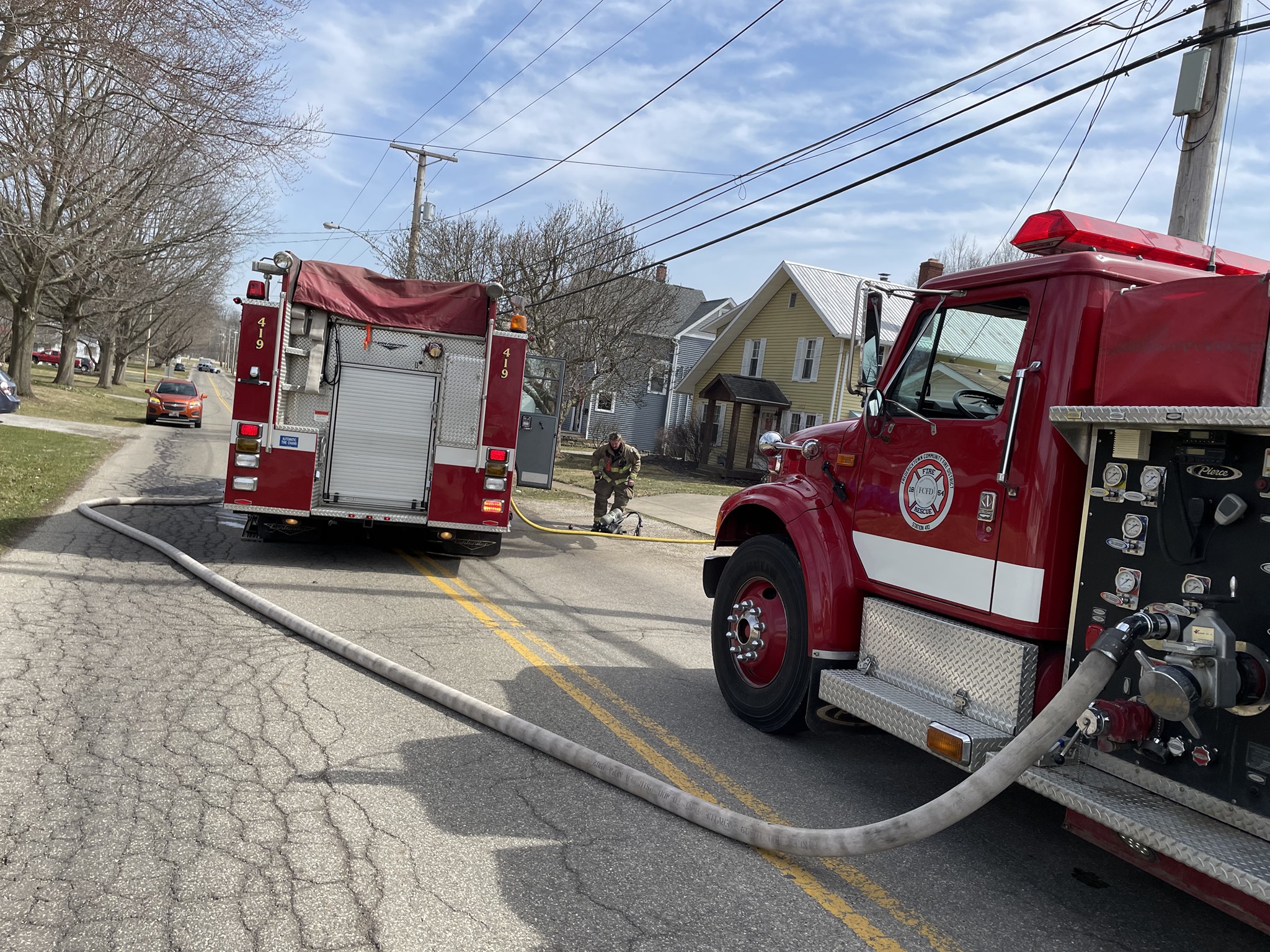 E419, R415, and T417 were dispatched at 1:38pm Wednesday to Salem Avenue in Fredericktown on the report of a working mobile home fire. Fredericktown EMS was also dispatched to the call as well. Initial sizeup from EMS arrival noted smoke coming from the eaves of the home. EMS utilized a pressurized water extinguisher prior to the initial engine arrival.
Upon arrival to scene, the crew of E419 stretched a 1 ¾” attack line to the structure for suppression. Firefighters utilized a pressurized water extinguisher to contain the fire, and the attack line to hit a hot spot in an area of the living room. Heavy heat and smoke damage was throughout most of the mobile, except in areas where the doors were closed.
Crews remained on scene for a little over an hour for cleanup and overhauling the structure. There were several other homes and exposures nearby, but no additional damage occurred. The cause of the fire was accidental in nature.
The FCFD had six firefighters respond to the call.