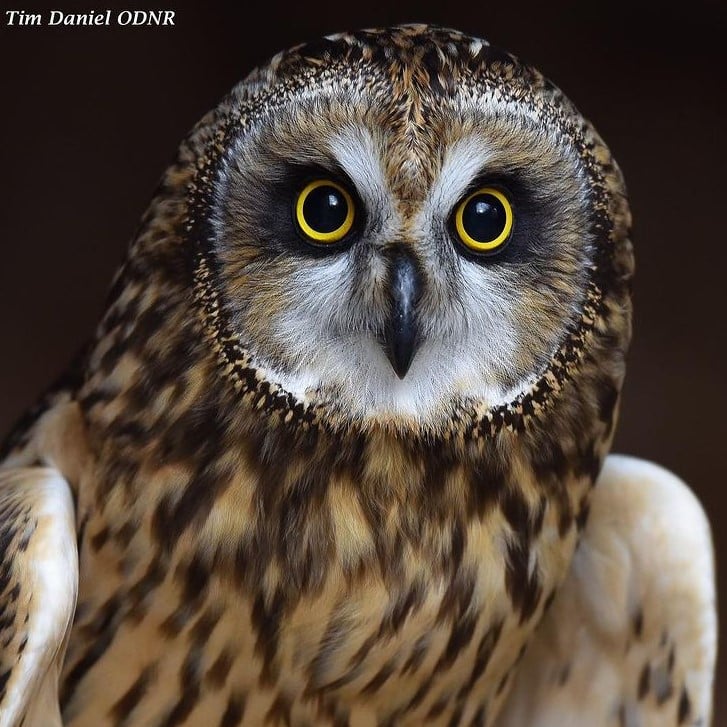 Welcome back to Wildlife Wednesday from your Ohio Division of Wildlife. Let’s give a hoot for today’s spotlight – the Short-Eared Owl.
Short-eared owls are among the most easily observed of owls found in Ohio, thanks to their diurnal (active during daylight) habits. Numbers vary from year to year, but in invasion winters, favorable areas can support staggering numbers. This species can quickly recognize sites that are experiencing a boom in small mammal populations and will gather in large numbers to exploit such locales.
The core breeding range of short-eared owls in North America lies mostly north of the U.S., and they nest far into the northern reaches of the Arctic tundra. Ohio lies at the very southern edge of their breeding range, and they are sporadic and rare nesters here.

For more info on this species, download our Owls of Ohio field guide at https://ohiodnr.gov/…/Owls%20of%20Ohio%20Field%20Guide…. #WildOhio