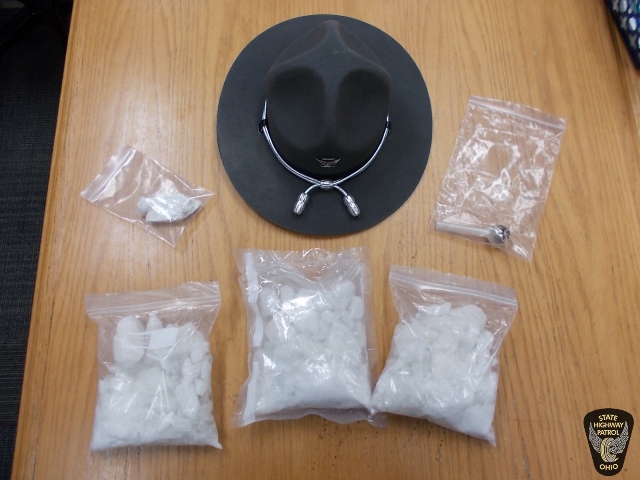 On January 2, at 7:29 p.m., troopers stopped a 2010 Mazda with North Carolina registration for a speed violation on U.S. 33. While interacting with the occupants, troopers detected an odor of marijuana and observed marijuana residue throughout the vehicle. The occupants were asked to exit the vehicle and a probable cause search revealed the contraband.

The driver, Jeffery Evans, 55, Sparta, N.C., and passenger, Maxamillion Millian, 20, Elkin, N.C., were incarcerated in the Middleport Jail and charged with possession and trafficking in methamphetamine and cocaine, all first-degree felonies.