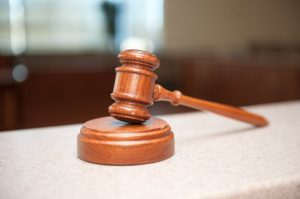 “There is nothing more horrid than the violation of a child,” Yost said. “Thankfully, the confining bars of prison will separate these predators from society. Kudos to Sheriff Frazier and his deputies, who diligently investigated this difficult case.”

James Norman, 34, and Shelbie Hunt, 29, both pleaded guilty today in the Jackson County Court of Common Pleas to three counts of rape, each a first-degree felony.

Norman was sentenced to 25 years to life in prison and is required to register as a sex offender for life. Hunt will be sentenced at 1 p.m. Nov. 5, 2020.

Norman’s sister-in-law, Shawne Norman, also was indicted on three counts of rape after the Jackson County Sheriff’s Office investigation. Her case is ongoing.

“This type of behavior will not be tolerated in Jackson County. We will investigate crimes against children to the fullest and prosecute predators to the maximum,” Sheriff Fraizer said. “I appreciate the assistance of the Attorney General’s Office in this case.”

The Special Prosecutions Section of the Ohio Attorney General’s Office prosecuted the case.