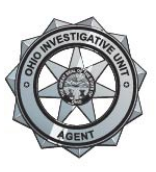 W 6 Restaurant Group, known as Barley House, Cleveland, received an administrative citation for limitation on hours of sales for on-premises consumption, limitation on hours for on-premises consumption, and improper conduct – disorderly activity. Agents were contacted by the Cleveland Division of Police (CDP) after an undercover officer was able to purchase an alcoholic beverage at the establishment after hours. Agents, assisted by CDP officers, visited the establishment at 11:30 p.m. and observed 40 to 50 patrons in a small bar area with no social distancing measures in place. Several patrons were observed consuming alcoholic beverages.

Down River Specialties Inc., known as Club Paradis, Cleveland, received an administrative citation for improper conduct – disorderly activity and limitation on hours for on-premises consumption. Agents were contacted by the Cleveland Division of Police (CDP) about after hours and social distancing violations at the establishment. Agents, assisted by CDP officers, visited the establishment at 12:25 a.m. and observed 50-60 patrons congregating in a large group around the bar area with no social distancing measures in place. Adult entertainers were performing dances in close proximity to patrons. Several of the patrons were observed consuming alcoholic beverages. The establishment has been cited on two previous occasions for violations associated with health orders on July 18 and 19. For more on these two cases, click here.

Reiscorp Café LLC, known as The Stable, Arcadia, received an administrative citation for limitation on hours of sales for on-premises consumption. Agents visited the establishment and observed bar staff serving alcoholic beverages to patrons at 10:25 p.m. for on premises consumption.

These cases will go before the Ohio Liquor Control Commission for potential penalties, including fines and/or the suspension or revocation of liquor permits.

“We continue to work with our law enforcement partners and local health departments following up on complaints to ensure liquor-permitted establishments maintain compliance, so everyone can enjoy a healthy experience,” said OIU Agent-in-Charge Michelle Thourot. “When egregious violations are observed, enforcement action is taken. We all need to continue to work together by following the precautions put in place to make these establishments safe and compliant with the directives.”