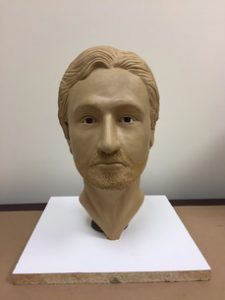 The clay model was created by a forensic artist with the Attorney General’s Ohio Bureau of Criminal Investigation (BCI) in an effort to help Marion County authorities identify the man.

His remains were found in Flat Rock Run Creek behind a home on Harding Highway East on July 19, 1989. He is believed to have been a Caucasian male between 22 and 35 years old, between 5’9″ and 5’10” tall, and approximately 140 pounds.

He is believed to have been murdered.

“This man was someone’s family, he was someone’s friend, and he is someone who deserves to be identified after all these years,” said Ohio Attorney General Mike DeWine. “We hope this new model will look familiar so that we can finally identify him and hopefully even find his killer.” 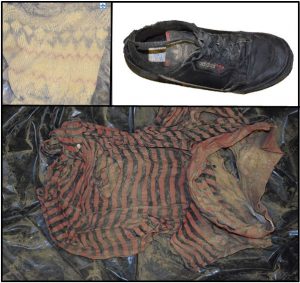 “I’d like to thank Ohio Attorney General Mike DeWine’s Criminal Intelligence Unit for all of their help on this reconstruction,” said Marion County Sheriff Tim Bailey. “We are hoping to be able to identify him after all these years so we can notify the family who may still be looking for him and give them closure.”

The victim had dark brown or black hair and a slight beard, although the style of the beard and the hair style are the forensic artist’s estimations to complete the reconstruction and should not be considered as significant markers for identification.

Additional information and photographs can be found in this BCI Criminal Intelligence Unit public bulletin which was issued to all law enforcement agencies in the state today.

It is not known if the man resided in Marion County or in another part of the state or country, so anyone who sees a resemblance to a missing friend or relative is urged to contact Marion County Sheriff’s Office Lt. Christy Utley at 740-382-8244 ext. 5120.